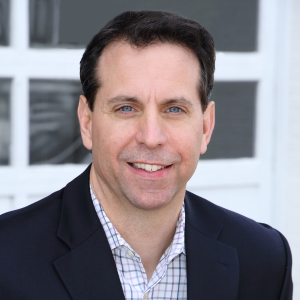 There are several parts of the new 1099-NEC form to take note of.

What is nonemployee compensation?

The IRS defines nonemployee compensation (NEC) in the 2020 Instructions for Forms 1099-MISC and 1099-NEC.  If the following four conditions are met, you must generally report a payment as NEC.

Examples of nonemployee compensation that are now reported in box 1 of Form 1099-NEC include:

Other payments reported on Form 1099-NEC

In addition to nonemployee compensation, there are some other payments reported in box 1 of Form 1099-NEC.

You must also file Form 1099-NEC for each person from whom you have withheld any federal income tax (report in box 4) under the backup withholding rules regardless of the amount of the payment.

Form 1099-NEC was last seen in 1982 when Michael Jackson released Thriller, the Dow Jones Industrial Average closed at 1046, and the Commodore home computer was launched!  (For more memories from 1982 click here.)  After 1982 the form was replaced with the all-encompassing Form 1099-MISC.

You may be required to file Form 1099-NEC directly with your state!

Historically the IRS has forwarded a number of 1099 form types, including Form 1099-MISC, to a large number of states with the IRS Combined Federal/State Filing Program. Filers did not have to file these 1099 forms with the states that were in the program, saving a tremendous amount of time and effort.

In tax year 2020, the IRS began requiring companies to file the new Form 1099-NEC.  When Publication 1220 was issued on October 26, 2020 the IRS stated that “Form 1099-NEC is not part of the Combined Federal/State Filing (CF/SF) Program.”  With that announcement individual states began issuing their own state 1099-NEC filing requirements.  To date, thirty-three states have issued 1099-NEC state requirements.  And many of these states have requirements for nonresidents as well as residents.

The Protecting Americans from Tax Hikes Act of 2015 (PATH Act) moved the due dates for filing Forms 1099-MISC that report nonemployee compensation in box 7 with the IRS up to January 31st.  It had previously been February 28th (paper) and March 31st (electronic) deadlines.  However, the due date for other 1099-MISC reportable payments not reported in box 7 remained due to the IRS by February 28th or March 31st.   This has caused some confusion as companies might have to report two times to the IRS for the same payee unless they file everything on January 31st.

The main reason the IRS filing deadline was moved up to January 31st was to help the IRS combat fraud.   Companies were required to send employees their W-2 and non-employees their 1099-MISC by January 31st.  However, the companies were not required to file with the IRS until February 28th (paper) and March 31st (electronic).  This left a window open where refunds could be issued before the IRS could confirm reporting income.

Due to the creation of Form 1099-NEC, Form 1099-MISC has been revised and box numbers have been rearranged as follows.

For the typical standard main street company, I think this will initially make the 1099 process substantially more confusing and time-consuming.  Currently, most companies can just report everything to the IRS on January 31st at one time if they plan ahead.  Payees then just receive one 1099-MISC form.  Now almost every company will have to issue both 1099-MISC and 1099-NEC forms and many of their payees will receive both forms.  In addition, smaller vendors and independent contractors will have never seen Form 1099-NEC, causing even more confusion.   The best course of action is to fully understand the new process,  plan ahead for the changes, and clearly communicate the change to your vendors and independent contractors before you issue the new 1099-NEC form for the first time.

Try W9manager for free for 14 days at W9manager.  Plans starting at only $69/year.

Disclaimer – Any accounting, business or tax advice contained in this communication, including attachments and enclosures, is not intended as a thorough, in-depth analysis of specific issues, nor a substitute for a formal opinion, nor is it sufficient to avoid tax-related penalties.